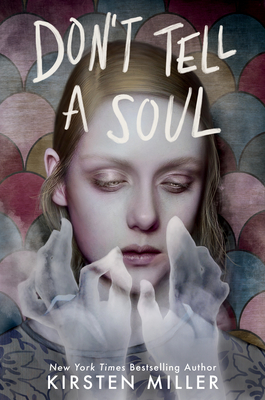 I'll straight up say I'm not much of a thriller girl, I much prefer fantasy and magic over "the true monster is man". But Don't Tell a Soul is definitely an exception. It's called a modern "Rebecca", but I cannot attest to the verity to that as that was one of the rare classics I didn't read!

Bram is just trying to escape her own secrets when she stumbles into the deep ones of Louth. I personally adored every character in this tale, they're all extremely well developed and I loved trying to hatch their secrets as I read. Nothing is as it seems, and the twists and turns will have the reader up at night.

Highly recommend for any thriller/mystery lover, especially those who like a nice dose of smart and clever teenagers more mature beyond their years.

Stay up all night with this modern day Rebecca! Perfect for fans of Truly Devious--a haunting story about a new girl in an old town filled with dark secrets . . . that might just kill her.

People say the house is cursed.
It preys on the weakest, and young women are its favorite victims.
In Louth, they're called the Dead Girls.

All Bram wanted was to disappear--from her old life, her family's past, and from the scandal that continues to haunt her. The only place left to go is Louth, the tiny town on the Hudson River where her uncle, James, has been renovating an old mansion.

But James is haunted by his own ghosts. Months earlier, his beloved wife died in a fire that people say was set by her daughter. The tragedy left James a shell of the man Bram knew--and destroyed half the house he'd so lovingly restored.

The manor is creepy, and so are the locals. The people of Louth don't want outsiders like Bram in their town, and with each passing day she's discovering that the rumors they spread are just as disturbing as the secrets they hide. Most frightening of all are the legends they tell about the Dead Girls. Girls whose lives were cut short in the very house Bram now calls home.

The terrifying reality is that the Dead Girls may have never left the manor. And if Bram looks too hard into the town's haunted past, she might not either.

Kirsten Miller lives and writes in New York City. She is the New York Times bestselling author of The Eternal Ones, How to Lead a Life of Crime, and Don't Tell a Soul; as well as the acclaimed Kiki Strike books. She is also the co-author of the Nightmares! series and the Last Reality series with Jason Segel. Follow her on Twitter at @bankstirregular.

"Twists abound, and numerous plot threads are satisfyingly tied together in the powerful ending."--Kirkus Reviews

"...a feminist twist on gothic horror that thrills and chills while exploring the myriad ways that society tries to silence “problematic” women."--Publishers Weekly

This feature require that you enable JavaScript in your browser.
END_OF_DOCUMENT_TOKEN_TO_BE_REPLACED

This feature require that you enable JavaScript in your browser.
END_OF_DOCUMENT_TOKEN_TO_BE_REPLACED

This feature require that you enable JavaScript in your browser.
END_OF_DOCUMENT_TOKEN_TO_BE_REPLACED

This feature require that you enable JavaScript in your browser.
END_OF_DOCUMENT_TOKEN_TO_BE_REPLACED