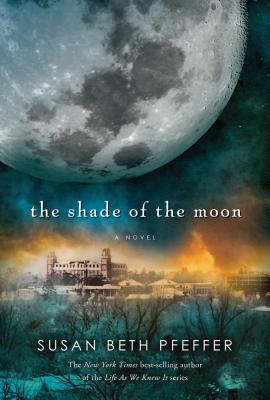 This is book number 4 in the Life As We Knew It Series series.

The eagerly awaited addition to the series begun with the New York Times best-seller Life As We Knew It, in which a meteor knocks the moon off its orbit and the world changes forever.

It's been more than two years since Jon Evans and his family left Pennsylvania, hoping to find a safe place to live, yet Jon remains haunted by the deaths of those he loved. His prowess on a soccer field has guaranteed him a home in a well-protected enclave. But Jon is painfully aware that a missed goal, a careless word, even falling in love, can put his life and the lives of his mother, his sister Miranda, and her husband, Alex, in jeopardy. Can Jon risk doing what is right in a world gone so terribly wrong?

Susan Beth Pfeffer is the author of many books for teens, including the New York Times best-selling novel Life As We Knew It, which was nominated for several state awards, and its companion books, The Dead and the Gone, This World We Live In, and The Shade of the Moon. She lives in Middletown, New York.

"Action-packed and completely unpredictable, this latest will be widely anticipated by the series' many fans."
—Kirkus

"Pfeffer's well-written take on what life might be as it returns to 'normal' is sometimes brutal and always depressingly real."
—Booklist

This feature require that you enable JavaScript in your browser.
END_OF_DOCUMENT_TOKEN_TO_BE_REPLACED

This feature require that you enable JavaScript in your browser.
END_OF_DOCUMENT_TOKEN_TO_BE_REPLACED

This feature require that you enable JavaScript in your browser.
END_OF_DOCUMENT_TOKEN_TO_BE_REPLACED

This feature require that you enable JavaScript in your browser.
END_OF_DOCUMENT_TOKEN_TO_BE_REPLACED