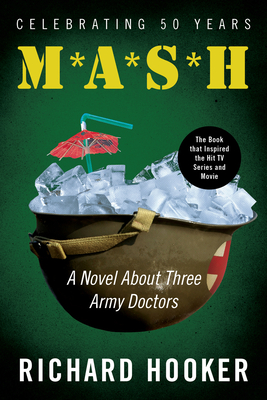 Before the movie, this is the novel that gave life to Hawkeye Pierce, Trapper John, Hot Lips Houlihan, Frank Burns, Radar O'Reilly, and the rest of the gang that made the 4077th MASH like no other place in Korea or on earth.

The doctors who worked in the Mobile Army Surgical Hospitals (MASH) during the Korean War were well trained but, like most soldiers sent to fight a war, too young for the job. In the words of the author, "a few flipped their lids, but most of them just raised hell, in a variety of ways and degrees."

For fans of the movie and the series alike, here is the original version of that perfectly corrupt football game, those martini-laced mornings and sexual escapades, and that unforgettable foray into assisted if incompleted suicide--all as funny and poignant now as they were before they became a part of America's culture and heart.

This feature require that you enable JavaScript in your browser.
END_OF_DOCUMENT_TOKEN_TO_BE_REPLACED

This feature require that you enable JavaScript in your browser.
END_OF_DOCUMENT_TOKEN_TO_BE_REPLACED

This feature require that you enable JavaScript in your browser.
END_OF_DOCUMENT_TOKEN_TO_BE_REPLACED

This feature require that you enable JavaScript in your browser.
END_OF_DOCUMENT_TOKEN_TO_BE_REPLACED