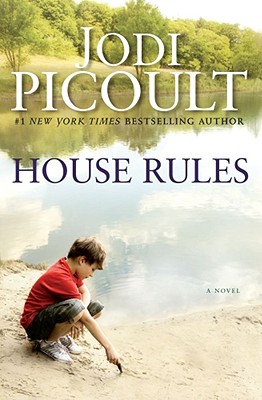 By Jodi Picoult
Email or call for price.
Hard to Find

“Jacob Hunt is an 18-year-old whose IQ borders on the genius spectrum but who also has Asperger's Syndrome, which leaves him unable to interact well with others. His passion for forensic science causes him to become a suspect in the murder of his tutor resulting in an arrest and trial that triggers many of the symptoms of his disability. This heartwarming and moving story is one that only Picoult could write.”
— Carol Hicks, Bookshelf At Hooligan Rocks, Truckee, CA

From the #1 New York Times bestselling author of Small Great Things and the modern classics My Sister’s Keeper, The Storyteller, and more, comes a “complex, compassionate, and smart” (The Washington Post) novel about a family torn apart by a murder accusation.

When your son can’t look you in the eye…does that mean he’s guilty?

Jacob Hunt is a teen with Asperger’s syndrome. He’s hopeless at reading social cues or expressing himself well to others, though he is brilliant in many ways. He has a special focus on one subject—forensic analysis. A police scanner in his room clues him in to crime scenes, and he’s always showing up and telling the cops what to do. And he’s usually right.

But when Jacob’s small hometown is rocked by a terrible murder, law enforcement comes to him. Jacob’s behaviors are hallmark Asperger’s, but they look a lot like guilt to the local police. Suddenly the Hunt family, who only want to fit in, are thrust directly in the spotlight. For Jacob’s mother, it’s a brutal reminder of the intolerance and misunderstanding that always threaten her family. For his brother, it’s another indication why nothing is normal because of Jacob.

And for the frightened small town, the soul-searing question looms: Did Jacob commit murder?

House Rules is “a provocative story in which [Picoult] explores the pain of trying to comprehend the people we love—and reminds us that the truth often travels in disguise” (People).

Jodi Picoult received an AB in creative writing from Princeton and a master’s degree in education from Harvard. The recipient of the 2003 New England Book Award for her entire body of work, she is the author of twenty-six novels, including the #1 New York Times bestsellers House Rules, Handle With Care, Change of Heart, and My Sister’s Keeper, for which she received the American Library Association’s Margaret Alexander Edwards Award. She lives in New Hampshire with her husband and three children. Visit her website at JodiPicoult.com.

This feature require that you enable JavaScript in your browser.
END_OF_DOCUMENT_TOKEN_TO_BE_REPLACED

This feature require that you enable JavaScript in your browser.
END_OF_DOCUMENT_TOKEN_TO_BE_REPLACED

This feature require that you enable JavaScript in your browser.
END_OF_DOCUMENT_TOKEN_TO_BE_REPLACED

This feature require that you enable JavaScript in your browser.
END_OF_DOCUMENT_TOKEN_TO_BE_REPLACED