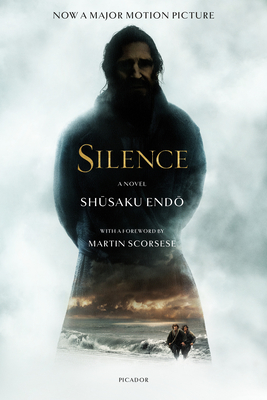 "Silence I regard as a masterpiece, a lucid and elegant drama."-The New York Review of Books

Seventeenth-century Japan: Two Portuguese Jesuit priests travel to a country hostile to their religion, where feudal lords force the faithful to publicly renounce their beliefs. Eventually captured and forced to watch their Japanese Christian brothers lay down their lives for their faith, the priests bear witness to unimaginable cruelties that test their own beliefs. Shusaku Endo is one of the most celebrated and well-known Japanese fiction writers of the twentieth century, and Silence is widely considered to be his great masterpiece.

Shusaku Endo, born in Tokyo in 1923, was raised by his mother and an aunt in Kobe where he converted to Roman Catholicism at the age of eleven. At Tokyo's Keio University he majored in French literature, graduating BA in 1949, before furthering his studies in French Catholic literature at the University of Lyon in France between 1950 and 1953. Before his death in 1996, Endo was the recipient of a number of outstanding Japanese literary awards: the Akutagawa Prize, Mainichi Cultural Prize, Shincho Prize, and the Tanizaki Prize, and was widely considered the greatest Japanese novelist of his time.

Martin Scorsese was born in New York City and graduated from New York University with a degree in film. Widely considered one the best filmmakers in American history, his movies include Mean Streets, Taxi Driver, Raging Bull, After Hours, Cape Fear, and Gangs of New York.

William Johnston, MA (Dub) Solicitor, has been a partner in Arthur Cox for 30 years, is a former chair of the Banking Law Division of the International Bar Association and is external examiner in Banking Law for the Law Society.

“Thought-provoking and moving… Complex and multilayered… [Silence] is a great achievement, and I love the book.” – David Mitchell, author of The Bone Clocks and Cloud Atlas

“Silence I regard as a masterpiece, a lucid and elegant drama.” – The New York Review of Books

“One of the best historical novels by anyone, ever.” —David Mitchell (from an interview on Foyles.com)

“Endo has been repeatedly, tiresomely, compared to Graham Greene, who warmly praised [Silence]. . . . But Greene’s fascination with sin and guilt looks very tame when put beside Endo’s.” —Gary Wills, The New York Review of Books

“A masterpiece, a lucid and elegant drama about a Portuguese missionary tormented by Japanese inquisitors.” —Irving Howe, The New York Review of Books

“Endo succeeds in creating a vision of Christian faith obstinate enough to endure even in soils that have never been fertile for its growth.” —The CS Lewis Review

“At the height of his powers, the author produced two historical masterworks, [including] Silence.” —Crisis Magazine

This feature require that you enable JavaScript in your browser.
END_OF_DOCUMENT_TOKEN_TO_BE_REPLACED

This feature require that you enable JavaScript in your browser.
END_OF_DOCUMENT_TOKEN_TO_BE_REPLACED

This feature require that you enable JavaScript in your browser.
END_OF_DOCUMENT_TOKEN_TO_BE_REPLACED

This feature require that you enable JavaScript in your browser.
END_OF_DOCUMENT_TOKEN_TO_BE_REPLACED