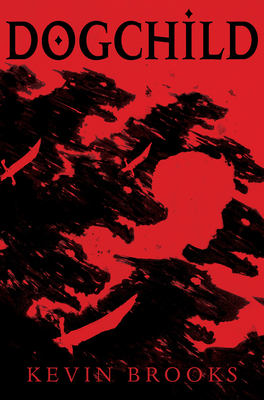 A boy raised by wild dogs fights for survival in this gripping post apocalyptic tale by an acclaimed Carnegie Medalist.

Jeet is a dogchild, raised by the wild dogs who killed his parents, then recaptured and “rehumanized.” He now lives with one of only two remaining human communities in the world, besieged by the much larger enemy clan. In a wasteland shaped by war, starvation, and haunting violence, Jeet grapples with his identity — he misses his wild family, and the people of his clan see dogchilds as less than human. When the human clans begin to prepare for a final, bloody battle against each other, Jeet is at the center. His struggle and his relationship with another rehumanized dogchild shed light on what it means to be human or inhuman — and what it takes to be a survivor. In his most ambitious novel yet, Carnegie Medalist Kevin Brooks offers a breathless work of speculative fiction that will have readers at the edge of their seat.

Kevin Brooks is the critically acclaimed author of many books for young people, including Born Scared and The Bunker Diary, which received the Carnegie Medal. He lives in England.

It’s a dog-eat-dog—and at times human-eat-human—world in Brooks’ stark postapocalyptic novel...The plot hinges on an impending, full-scale attack on the Dau, which Brooks expertly draws out to agonizing tautness. Whether read simply as a survival story or as an exploration of humanity, this ruthless book is both bark and bite.
—Booklist (starred review)

Brooks has created unique characters that convincingly bridge the gap between human and animal thought processes...The unusual figures, the harrowing scenario, and the taut, relentless action sequences combine to produce a story—told without apostrophes, quotation marks, or traditional chapter breaks—that readers will find difficult to put down.
—Publishers Weekly

Grim but ultimately gripping, it’s a compelling post-apocalyptic tale for readers ready to grapple with nihilism and the darker side of what it means to be human.
—Bulletin of the Center for Children's Books

This feature require that you enable JavaScript in your browser.
END_OF_DOCUMENT_TOKEN_TO_BE_REPLACED

This feature require that you enable JavaScript in your browser.
END_OF_DOCUMENT_TOKEN_TO_BE_REPLACED

This feature require that you enable JavaScript in your browser.
END_OF_DOCUMENT_TOKEN_TO_BE_REPLACED

This feature require that you enable JavaScript in your browser.
END_OF_DOCUMENT_TOKEN_TO_BE_REPLACED