A Memory of Light: Book 1 of the Until the Stars Are Dead Series (Paperback) 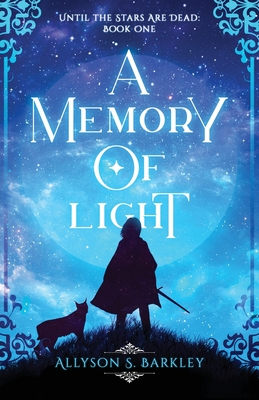 An exceptionally-skilled thief, Ari lives deep in the forest with no one but her bobcat Jagger for company. She is determined to keep to herself as civil war drags on around her, but when a mysterious stranger appears with an unexpected job offer, she has no choice but to leave her quiet life behind.

Unwillingly paired with chatty, optimistic magician Ely, Ari finds her patience, wits, and skill tested when the journey quickly proves to be far from what either of them bargained for. Ari must face one of the greatest tests of her thieving career - and come to terms with the many secrets she has been hiding.

With an exciting heroine and a diverse cast of characters, A Memory of Light is the first title in the fantasy series Until the Stars Are Dead, which follows Ari and Ely's adventures navigating the dangers of their complicated, quickly-changing world.

This feature require that you enable JavaScript in your browser.
END_OF_DOCUMENT_TOKEN_TO_BE_REPLACED

This feature require that you enable JavaScript in your browser.
END_OF_DOCUMENT_TOKEN_TO_BE_REPLACED

This feature require that you enable JavaScript in your browser.
END_OF_DOCUMENT_TOKEN_TO_BE_REPLACED

This feature require that you enable JavaScript in your browser.
END_OF_DOCUMENT_TOKEN_TO_BE_REPLACED