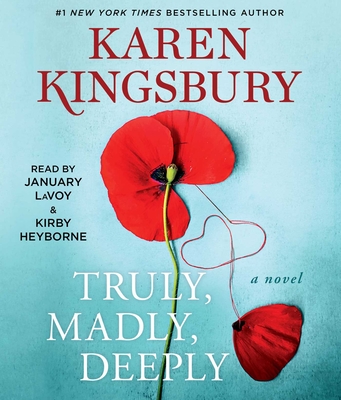 In love for the first time, a son’s decisions about the future divides his family in this fearless and thought-provoking novel from the #1 New York Times bestselling author of life-changing fiction.

When eighteen-year-old Tommy Baxter declares to his family that he wants to be a police officer after graduation, his mother, Reagan, won’t hear of it. After all, she’s still mourning the death of her own father on September 11 and she’s determined to keep her son safe from danger. But Tommy’s father, Luke, is proud of Tommy’s decision. He would make a kind and compassionate cop.

Meanwhile, Tommy is in love for the first time. His sweet relationship with Annalee Miller is almost too good to be true. Tommy begins seriously thinking about the far off day when he can ask her to marry him but she hasn’t been feeling well. Tests reveal the unthinkable.

While his girlfriend begins the fight of her life, Tommy is driven to learn more about the circumstances surrounding his birth and the grandfather he never knew. Secrets come to light that rock Tommy’s world, and he becomes determined to spend his future fighting crime and bringing peace to the streets. Or is this just his way to fight a battle he cannot win—the one facing Annalee?

Blending romance and family drama, Truly, Madly,Deeply shows us that, in the shadow of great loss, the only way to live with passion is truly, madly, deeply.

Karen Kingsbury, #1 New York Times bestselling novelist, is America’s favorite inspirational storyteller, with more than twenty-five million copies of her award-winning books in print. Her last dozen titles have topped bestseller lists and many of her novels are under development as major motion pictures. Her Baxter Family books are being developed into a TV series slated to debut soon. Karen is also an adjunct professor of writing at Liberty University. She and her husband, Donald, live in Tennessee near their children and grandchildren.

This feature require that you enable JavaScript in your browser.
END_OF_DOCUMENT_TOKEN_TO_BE_REPLACED

This feature require that you enable JavaScript in your browser.
END_OF_DOCUMENT_TOKEN_TO_BE_REPLACED

This feature require that you enable JavaScript in your browser.
END_OF_DOCUMENT_TOKEN_TO_BE_REPLACED

This feature require that you enable JavaScript in your browser.
END_OF_DOCUMENT_TOKEN_TO_BE_REPLACED